WASHINGTON: The Chinese leadership allowed its people to travel outside the country despite knowing the risk of the transmission of the coronavirus, US secretary of state Mike Pompeo has alleged, saying that President Donald Trump will decide on the future course of action on penalizing China.
Pompeo’s comments came a day after Trump said that he does not want to talk to his Chinese counterpart Xi Jinping right now, expressing his displeasure at Beijing’s handling of the coronavirus outbreak which has spread across the world, killing over 300,000 people.
The US has expressed disappointment over China’s handling of the Covid-19 pandemic which has claimed over 88,000 lives in America. President Trump on Thursday threatened to “cut off the whole relationship” with China.
Trump has been pressing China to agree for an inquiry into the origin of the virus, including the allegation that it emerged from a lab in Wuhan.
“Those are the kinds of decisions that, as you stare at them, it is unambiguous that they created increased risk, that people were still traveling around the world – why? While the Chinese Communist Party knew of the risk of transmission, it was still allowing people to travel outside of China while they had locked down a major city inside of their own country,” Pompeo told Breitbart News Network and satellite radio station SiriusXM Patriot in an interview.
Pompeo said that had China made a “different set of decisions” at the front end, there would have been more time for the entire world- not just the US- but the entire world to prepare and react to the pandemic that has now spread all across the globe.
“We know that in December at least, maybe earlier, the Chinese Communist Party came to understand the threat that was presented. And then we watched their actions – I’ve talked about some of them – denying information to the world,” Pompeo said.
“We then saw that when the United States made the decision when President Trump made the decision to close off travel between the United States and China, we saw China squawk at that, saying you shouldn’t be doing that. Even though they had locked down Wuhan, they had not locked down travel all across the world,” he said.
Evading a question on imposing a penalty on China, Pompeo said that Trump would finally decide on the future course of action in this regard.
“I don’t want to get out in front of what President Trump will ultimately decide, but I think we all know in this administration that we have to make sure that something like this can never happen again. That means deterrence. That means setting up processes.”
“The President’s already stopped funding to the WHO so that we can evaluate that and figure out which pieces of the WHO might actually work and which pieces don’t, so that we can deliver good outcomes and keep Americans safe and make sure this doesn’t happen again,” he said.
“Then there’ll come a time, there will come a day when we will evaluate what it needs to be done to convince the Chinese Communist Party that there are real costs – real costs – connected to this kind of misbehavior. We see this all the time inside the United States but around the world too. We have to hold nations accountable,” Pompeo said.
Pompeo said that he has spoken with many of his counterparts around the world. “We have to hold nations accountable for the things and actions that they undertake which create risk and, in this case, created the enormous loss of life here in the US. President Trump is committed to doing that. The precise mechanisms that we will choose, I want to make sure that he gets the chance to get fully briefed and make those decisions,” he said.
Responding to a question, the top American diplomat said that the Chinese Communist Party has relentlessly deceived and denied information to the West.
“We have repeatedly asked to have teams go in to assist them in identifying where the virus originated. We know it began in Wuhan, but we don’t know from where or from whom, and those are important things. Your listeners need to know we still need to know that so that we can crack the code on this thing,” he said.
“One of the key facts for scientists and epidemiologists to build out vaccines and therapeutics and to identify how this was ultimately delivered to the world – you have to know where patient zero began and how patient zero became infected,” he noted.
“And yet the Chinese Communist Party, at every turn, has attempted to manage the WHO, to manage the information flow, to punish doctors who wanted to talk about this publicly, to undermine the central understandings of transparency that every country has a responsibility to deliver,” he said.
And as a result of that, there are many unanswered questions.
“We – the US – the world has so many unanswered questions that are incredibly important so that we can address this issue going forward to keep American people safe. This isn’t political. This isn’t aimed at achieving a political victory. It is aimed squarely at getting the right health outcomes and saving lives all across the world,” he said. 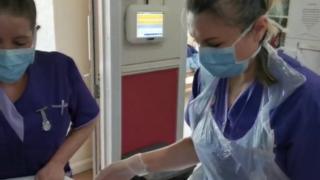 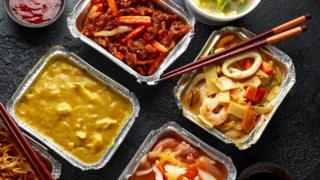 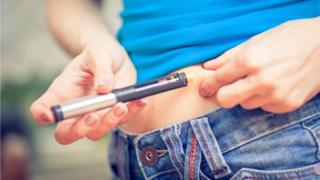